“Don’t Delude Yourself,” he told me 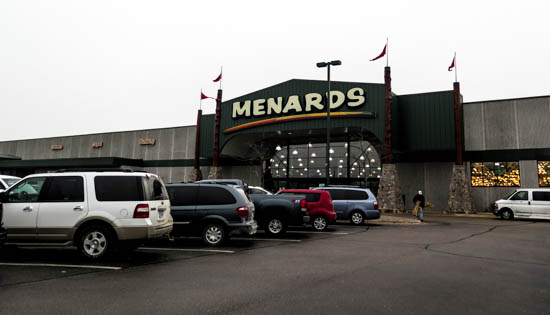 While at Menards last week, I saw an older gentlemen walk by leisurely with his cart. I gave him a Christmas tract. He seemed appreciative and I noticed he started reading it right away.

Twenty or thirty minutes later, I saw him again near the front of the store. I smiled and made eye contact, hoping he might comment on the tract.

“Hey, where did you get that little booklet?” he asked me.
Yay! Just what I was hoping for!
I explained that I ordered it online, and that I think it’s important for people to remember the basics of what Christmas is about, and what the Bible has to say about it.
“Well, good for you,” he said.

“So do you have a spiritual background?” I asked him.
He said that he went to the Eastern Orthodox church in town.
“What about you? Do you have a spiritual background?” he asked me.
Yay!
I shared a brief version of my testimony… that when I was six I realized for the first time that “even though I was in a Christian family, that didn’t make me a Christian, and I had to trust Jesus to save me… I wanted to go to Heaven and not to Hell…”

“Well, you have to do a lot of bad stuff to go down there!” he exclaimed.

I referenced a few of the Ten Commandments, commenting on the very high standard it is, and told him that just one sin disqualifies us from God’s presence.

But when I explained the gospel, he replied, “Now don’t delude yourself…”

Hmmm. I wonder what he disagreed with? I thought. I had said that I was trusting in Jesus’ death alone and His gift of righteousness to get to Heaven and not my own good works.

Apparently, his view was that everyone was going to Heaven unless you do something “bad enough” to send you to Hell. So we talked for about thirty minutes in the aisle there about God’s justice, Romans 2, the gospel, and why Jesus came. It was a very nice conversation and he told me his name, telling me to call him if I wanted to talk more.

Most people on the broad road think they are headed for Heaven, but if they would listen to God’s Word, they would realize that they are not. Most are also open to talking about it. “Therefore beseech the Lord of the harvest to send out workers into His harvest.” Matthew 9:38