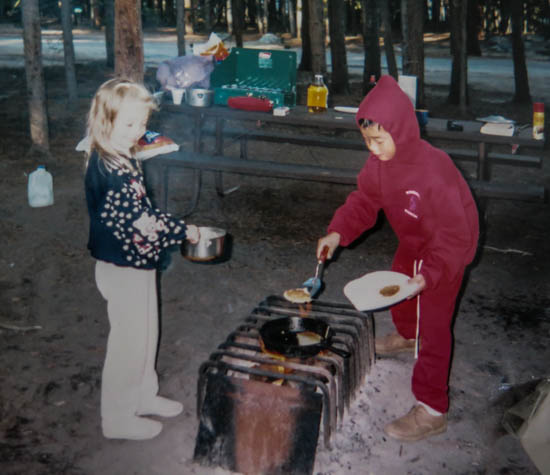 Well, my big brother-playmate-counselor is turning thirty today. And he’s not even here; he’s in D.C. for work (photojournalism for The Gazette). So I thought I’d post a few comments about Stephen.

It doesn’t seem that long ago that we were playing Legos for hours on end in the basement. So much drama happened in those ongoing sagas as our Lego heroes protected their fortresses from the bad guys. It was so funny too (believe it or not)!

Stephen and I are kind of polar opposites in many ways (if you haven’t noticed). Whenever I know something that Stephen doesn’t know, I savor the rare moment and ask him, “Is this how you feel all the time?”

Stephen is certainly one of the smartest people I know, but beyond that, God has given him wisdom that sees through current issues with black and white clarity. I’m excited to see how God will continue to use him in our generation. I appreciate how whenever Stephen shares or teaches at our church, he shares something insightful, unique, and interesting—and communicates with authority.

He keeps our family ministry going in every practical way—coming over here to our office as his “second job” after he finishes his work at The Gazette. Sometimes we barely see each other as we’re both absorbed in our work; other times we’re up late laughing.

Happy Birthday Stephen—I am forever proud to be your little sister! =) 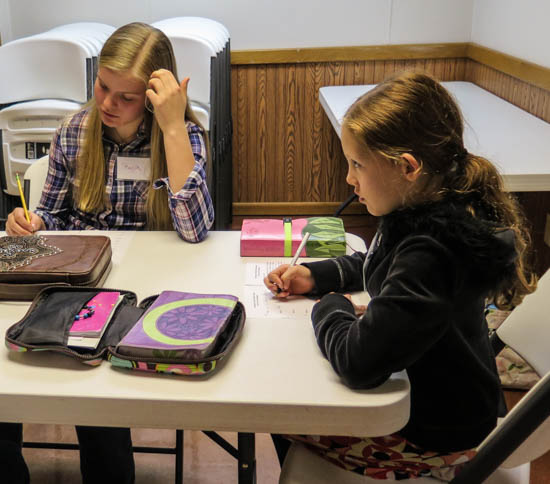 Last Monday night Sarah planned something a little different for our local Bright Lights group. Rather than teaching all of the girls together, she had the older girls in our group lead “Bibles study stations.” The younger girls spent the evening going from one station to another until they had been to all seven stations.

Every twelve minutes, Sarah would play a song on the piano. That was the signal to get up and move on. (We gave each girl a list in advance of the order in which she should move from station to station.)

I thought I’d document it in case any of you other Bright Lights leaders would like to do something similar in your group. (Thanks to Nickie for getting the pictures.) 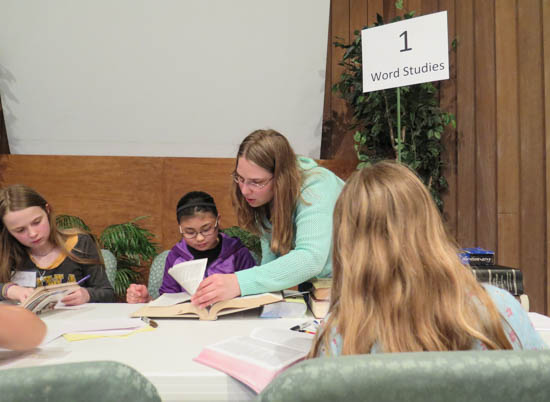 Station 1: Word Studies Marie led this group, sharing how it’s helpful to identify key words in a verse or passage and use a dictionary, concordance, etc. to really understand what that word means. My grandpa contributed by bringing a whole box of dictionaries and concordances for us to borrow! 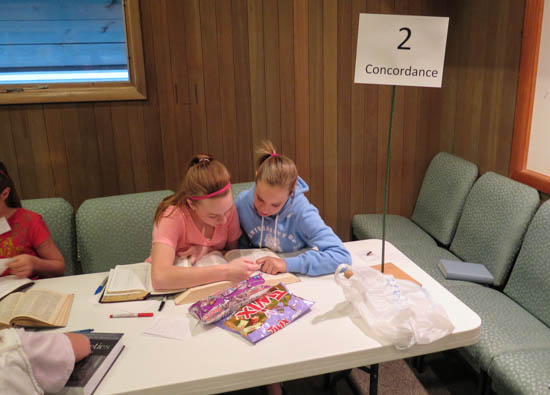 Station 2: Concordance Abilene taught this station. One girl said it was her favorite station and commented, “We have a concordance at home. I’ll have to start using it.” =) 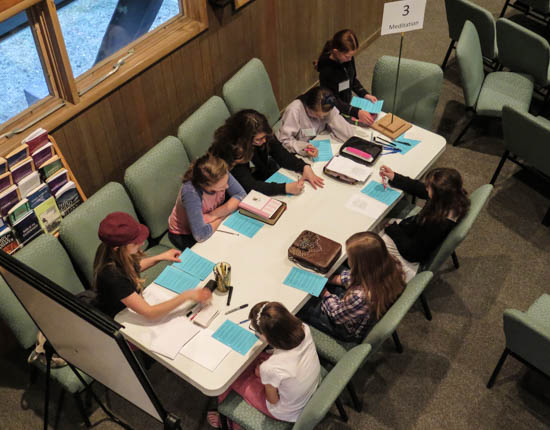 Station 3: Meditation on Scripture We wrote verses on 3×5 cards and talked about ways to get them into our hearts–such as quoting them to ourselves, emphasizing a different word each time. Biblical meditation (thinking about Scripture!) is the opposite of what the world thinks of meditation (emptying your mind). If we are thinking about verses while we are doing the dishes, in the shower, and all throughout the day, we will blessed as Psalm 1 tells us! 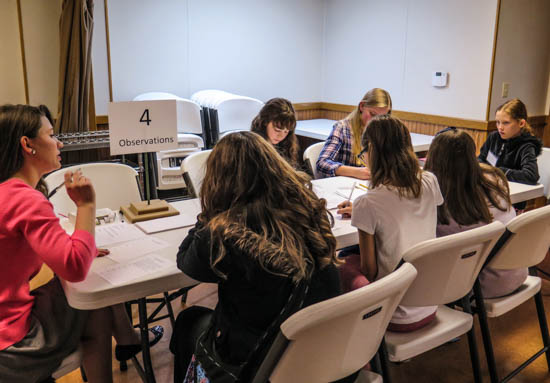 Station 4: Observations Layel helped girls use the questions: who, what, where, when, why, and how to deepen their understanding of a passage. I heard that Layel did an excellent job helping them see that they can learn a lot more when they stop and ask a few simple questions about the passage they are studying rather than simply reading straight through. After all, we girls like to ask questions, right?! =) 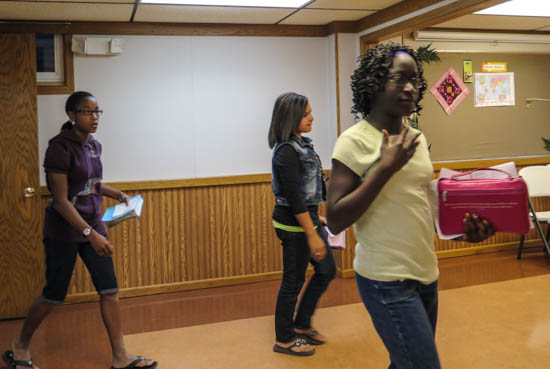 The piano is playing! Quickly move to the next station =) 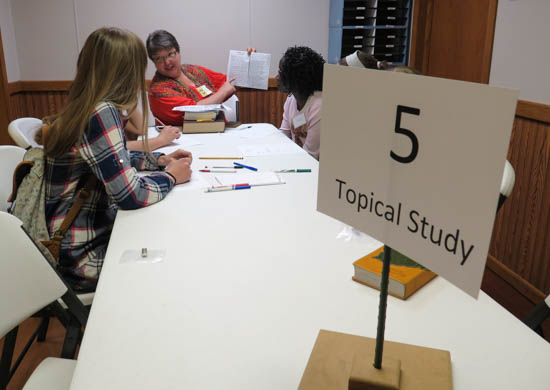 Station 5: Topical Studies
Mrs. Kissling from our church came as a special guest to help out. She shared how doing topical studies is one of the things that has helped her in her personal Bible study. 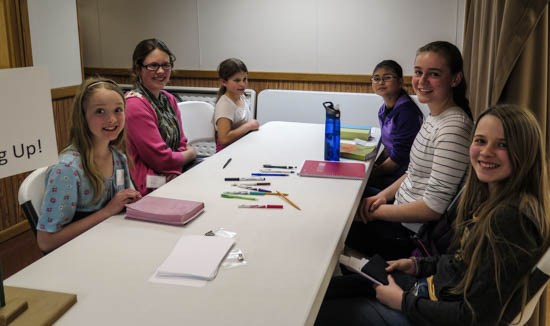 Station 6: Waking up! Don’t laugh–this is a very necessary part of the process and a valuable skill to learn! =) Molly (in striped shirt) gave lots of practical ideas about how to wake up and be alert in the morning. She also created a morning checklist for each girl to take home. 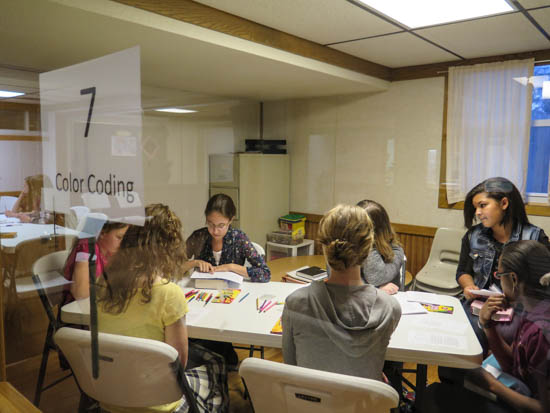 Station 7: Color Coding Elizabeth (blue shirt on the left) did a great job giving ideas about color-coding key words. She prepared a sample sheet to help the girls get started. 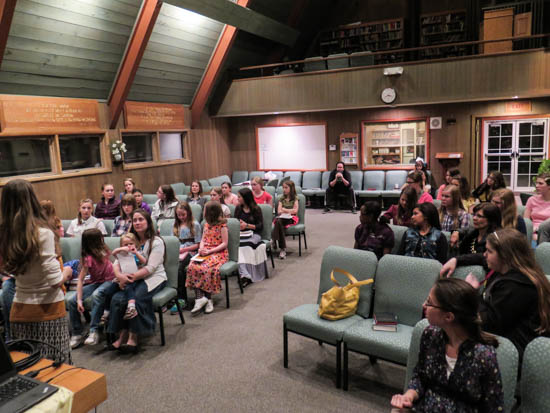 “What did you girls learn?” Sarah asked as we came back together. It was sweet to see them raising their hands and sharing what they learned.

We overheard one of our littlest girls telling her mom, “Mom! I looked up a word in the dictionary tonight!” It’s special to see the girls experience new ways to study the Bible for the first time, and express enthusiasm about what they are learning.

The Lord is raising up young ladies with a heart for Him and His Word! May we all continue to seek Him in His Word in deeper ways, and pray with David, “Incline my heart to Your testimonies” (Psalm 119:36)!

I recently started listening to David Platt’s book, Radical. I’ve appreciated the challenging and encouraging points he makes, and I like how it’s read by the author.

Some people I highly respect have recommended this book, so it’s been on my “reading list” for a long time. I prefer audio, so finally I borrowed the CDs from a friend. But today I noticed that Christian audio was giving away the book free: see here. I’d really recommend you download this and listen to it — even if you’ve already read the book. =) The offer is only available for a few days.

Also, I posted a bit about a “book review” of Radical that Stephen shared with our Bright Lights leaders on a conference trip here.

(Note: I have been so grateful for the ipod my brother gave me a few years ago because of how much I have enjoyed listening to audio books/sermons the past few years… I strap it to my arm and have found it’s a wonderful way to maximize time when I’m cooking, cleaning, exercising, organizing, etc. A few minutes here and there really add up to a lot of time!)

On Sunday, we went downtown Iowa City to share the gospel with University students, using the resurrection of Jesus as a conversation starter. 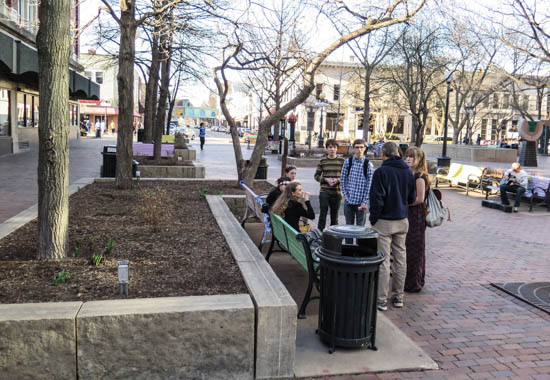 Our witnessing team for the day

“Hi! I’m doing a little questionnaire about Easter. Could I ask you a few questions?” I asked two Asian students.
“We don’t know anything about Easter,” they told me.
“That’s okay! You can still answer the questions.”
They agreed.
“When did you first hear about the resurrection of Jesus?” I asked them.
“When I came to the States … on a TV show,” the guy replied.
“What do you personally believe about God and what happens when we die?” I asked.
“We don’t believe in God; we believe in evolution,” they both said.
“Well, when I look at that brick building over there and see the design and beauty in it, I know someone designed it. How much more our bodies, and this universe! How do you think everything started?” I asked.
“Through a big explosion,” he said.
“What exploded?” I asked.
“Gasses; chemicals,” he replied.
“Where did those come from?” I asked.
“Well … they were already there,” he said (or something like that).
“How did something come from nothing?”
After a bit of deliberation, he replied, “I guess there must have been a maker [of those original elements].”

Interesting! This Asian student went from claiming to be an atheist to believing in a “Maker” in just a few minutes.

“I’ll think about this,” he told me. He seemed to appreciate the Evolution Vs God DVD.

A few minutes later, I met Katherine and James, strolling down the sidewalk.

“Would you be willing to do an Easter questionnaire?” I asked them.
“Sure!”
“Really?” I said, surprised. (A lot of people had been turning me down!)
“When did you first hear about the resurrection of Jesus? Like … was it Sunday school, or … ?”
“I think it was when I was 10 in California and a friend talked to me,” James said.

About this time, a homeless man walked up and began interrupting the conversation in a kind of strange way. I felt this was likely spiritual warfare and this gave me stronger determination to do the most I could to communicate the gospel to this couple!

I decided to get right to the point. [smile]
“So what does one do to get right with God, and know they will be with Him when they die?”
James and Katherine had an “earn-your-way-to-Heaven” mentality.

“So if you were standing before God and He asked you why He should let you into Heaven, what would you say?”
“That’s a really good question!” Katherine said.
“I guess I would ask for forgiveness and try to prove to Him that I am worthy of getting there,” James replied.

After I shared about God’s justice, our sin, and His need to punish, I showed them some verses about how God’s rescue plan is a gift that we can either receive or reject.
“Have you understood this before?” I asked.
“No, I have not heard this until today; no one has ever explained it to me,” James said.

“Would you like to meet up again to study the Bible?” I asked them. There was interest, so I am praying this will work out.

I was reminded how a successful witnessing conversation is not getting them to “make a decision for Jesus” and then leaving them, but rather, giving them a taste for the Word so that we can continue to teach them! It reminds me of Ephesians 4:20-21, which I read this morning: “But you did not learn Christ in this way, if indeed you have heard Him and have been taught in Him, just as truth is in Jesus.”

You see, another way of saying that someone “got saved” could be they “learned Christ.” We may not always know the moment of spiritual birth (the moment God detects faith in their heart) but God does! Our responsibility is to teach Christ!  “Faith comes from hearing, and hearing through the word of Christ (Romans 10:17).”

It is so encouraging to meet students who want to learn about the Lord. One guy that my dad talked with asked for his contact info and told him, “Don’t be surprised if you get an email from me about this.”

I was also particularly encouraged to see the teens on our witnessing team growing in boldness! It’s thrilling to see God orchestrating and working.