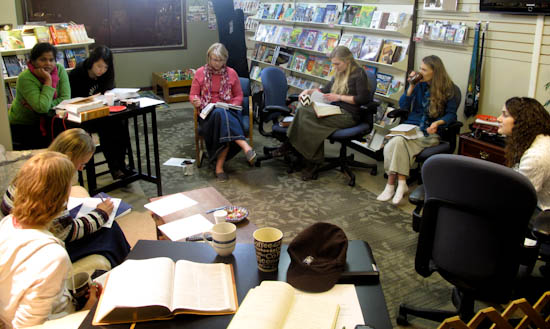 Last weekend a group of friends joined us for a concentrated time of studying 1 and 2 Peter. Though it was our first time to plan something quite like this, I don’t think it will be our last! It was such a rich weekend, and when we finished we were more in awe of those books than we have ever been before.

Lilly texted Sarah afterward stating, “I benefited from the retreat sooooo much. If I could, I would like to study the Bible with believers all day, every day, forever =)”

Augusta asked me, “You are going to keep doing this at least every three months, right?”

Maybe some of you would like to do something similar in your area! Here’s what we did: We designated specific chapters to different people to study in advance in order to lead a discussion on that chapter. We also encouraged everyone to spend time in both books before they came.

This is how our schedule played out:

A few gleanings from our time together:

Intro: 1 Peter was written close to the time of the great fire in Rome (AD 64). The citizens of Rome blamed Nero for setting the city on fire, so Nero blamed the Christians. This ignited great persecution across the Roman empire. So we see that God’s encouragement to the church through Peter’s words on suffering were greatly needed at this time. This is a reminder to us that the Shepherd and Guardian of our souls will strengthen us through suffering.

1 Peter 1:4-5 “to an inheritance that is imperishable, undefiled, and unfading, kept in heaven for you, who by God’s power are being guarded through faith for a salvation ready to be revealed in the last time .”

Notice this is not a command — this is a statement. You love Him! Likely, Peter doubted his own love for Christ after he denied Him, but Jesus restored Peter and gave him public opportunity to state and then demonstrate his love.

1:6 “In this you rejoice, though now for a little while, if necessary, you have been grieved by various trials”

Our trials may seem very long to us as we are going through them, but they are actually very short! 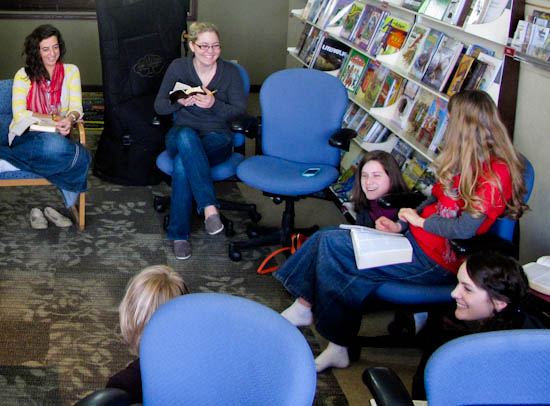 1:18-19 “…you were not redeemed with perishable things like silver or gold from your futile way of life inherited from your forefathers, but with precious blood, as of a lamb unblemished and spotless, the blood of Christ.”

Though we were rebellious and filthy in our sins, the Lord placed the highest price-tag imaginable on us – and then He bought us! Our salvation is free to us, but it cost God terribly. Being redeemed at the highest possible cost makes our redemption secure. (No one can out-buy God!) It also shows us how bad our sin was – that Jesus had to pay such a high price to redeem us.

2:12 “Keep your behavior excellent among the Gentiles, so that in the thing in which they slander you as evildoers, they may because of your good deeds, as they observe them, glorify God in the day of visitation.”

Lilly pointed out that our goal is not to keep our behavior excellent so that our accusers will realize one day that we were innocent after all. No, the goal stated here is that they may glorify GOD!

2:21 “For you have been called for this purpose, since Christ also suffered for you, leaving you an example for you to follow in His steps…”

The word example here is referring to something like tracing paper that children would use when learning to write the alphabet. Peter’s first and last personal command from Jesus was to FOLLOW ME (Mt 4:19, John 21:22). That’s why Peter was such a great leader — He had learned to follow. In this book, Peter points to Jesus’ example in a number of areas, especially the areas of suffering and shepherding. He also points to Jesus as the stone both in 1 Peter 2 and Acts 5. This is significant since Jesus named him Peter which means rock.

Peter is quoting from Hosea 1 which brings a deeper meaning to these statements.

2:25 For you were continually straying like sheep, but now you have returned to the Shepherd and Guardian of your souls.

I think we girls especially have a desire to feel safe and cared for. Knowing that the Lord is both our Shepherd and Guardian, brings ultimate security and rest! 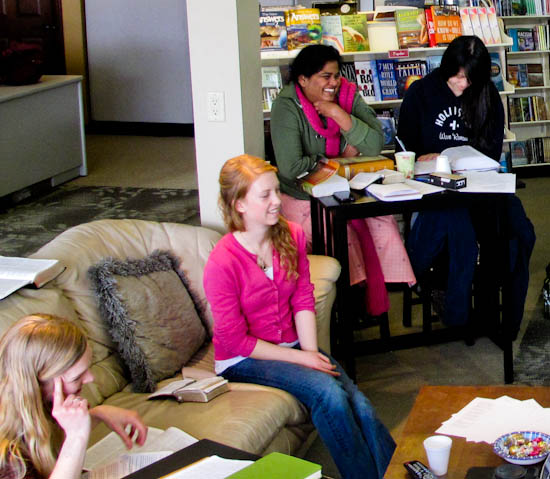 4:7 “The end of all things is near; therefore, be of sound judgment and sober spirit for the purpose of prayer.”

When have a correct perspective of the nearness of the end, we are more purposeful in our lives and priorities, and pray with more concentration and fervency.

4:9 “Be hospitable to one another without complaint.”

Don’t you love how Peter adds those two words to the end of this command knowing our natural human tendencies?! Philippians 2:14-15 emphasizes the same command (no grumbling) if we want to be lights in this world.

4:10-11 “…each one has received a special gift, employ it in serving one another … so that in all things God may be glorified through Jesus Christ.”