THANK YOU to all who were praying for the conferences in Omaha last week! 🙂 Here are some pictures from the first conference. 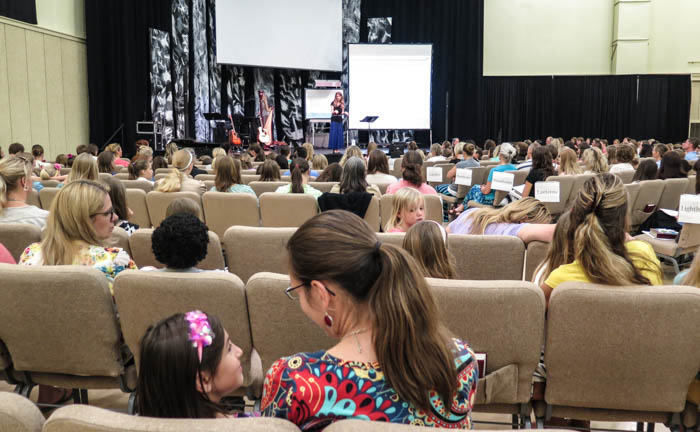 One of our desires is for the Lord to turn the girls’ hearts toward their parents, and the parents to their girls (Malachi 4:6). We have many praises from the conference from how we saw the Lord work. 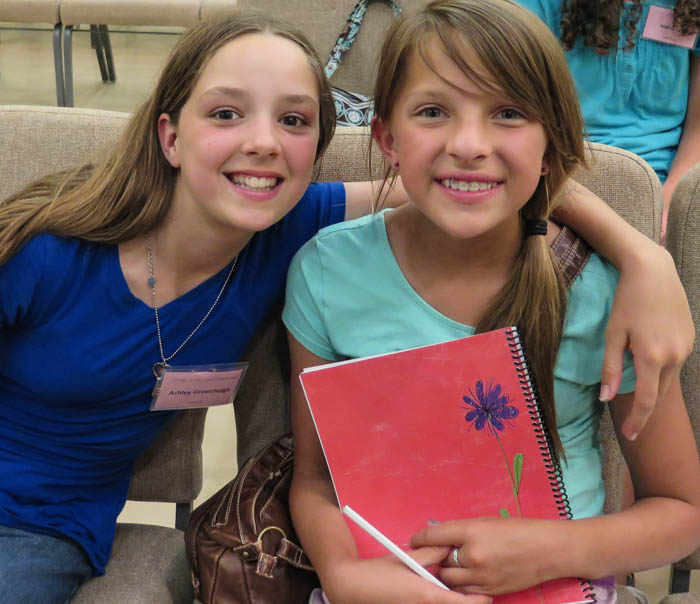 Waiting for sessions to begin 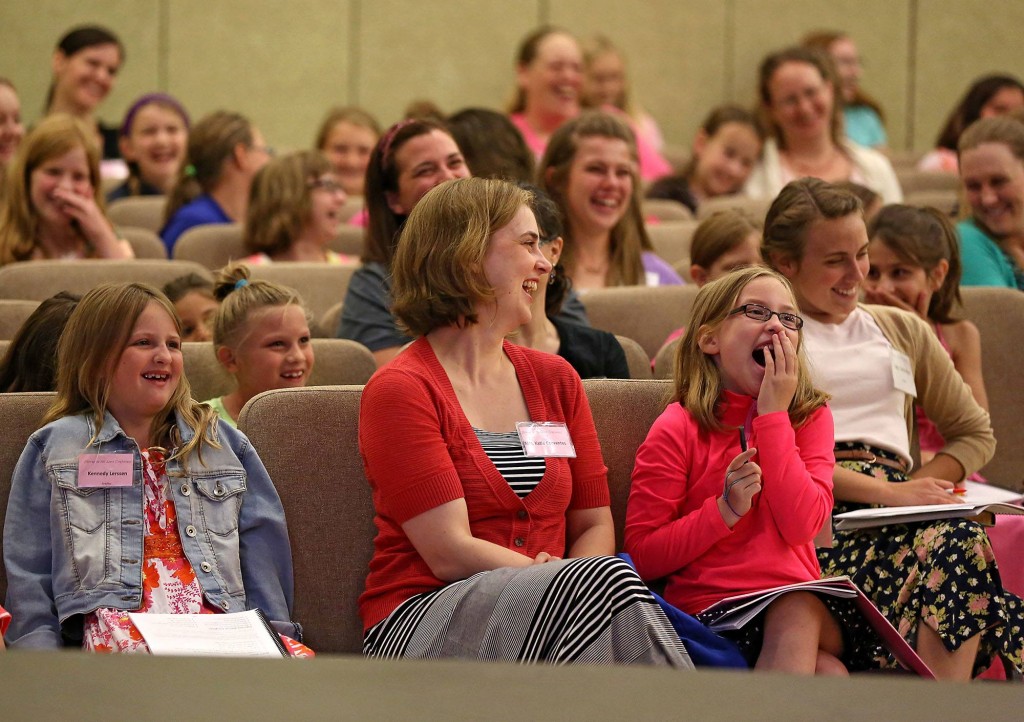 Stephen took this picture while Sarah was telling the answer-to-prayer story about the cat. 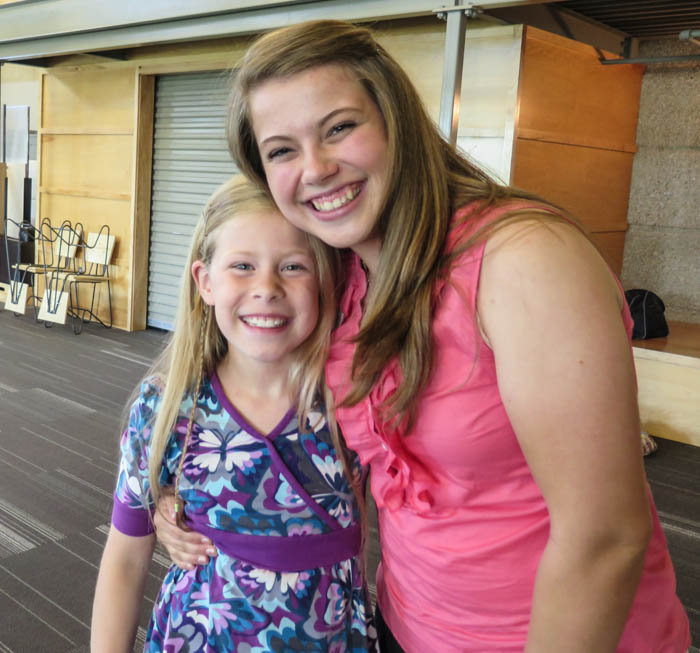 Hannah (right) attended her first conference when she was 12 (Kansas, 2008). This time Hannah was one of our leaders, and her little sister Maggie was a sweet and enthusiastic attendee! 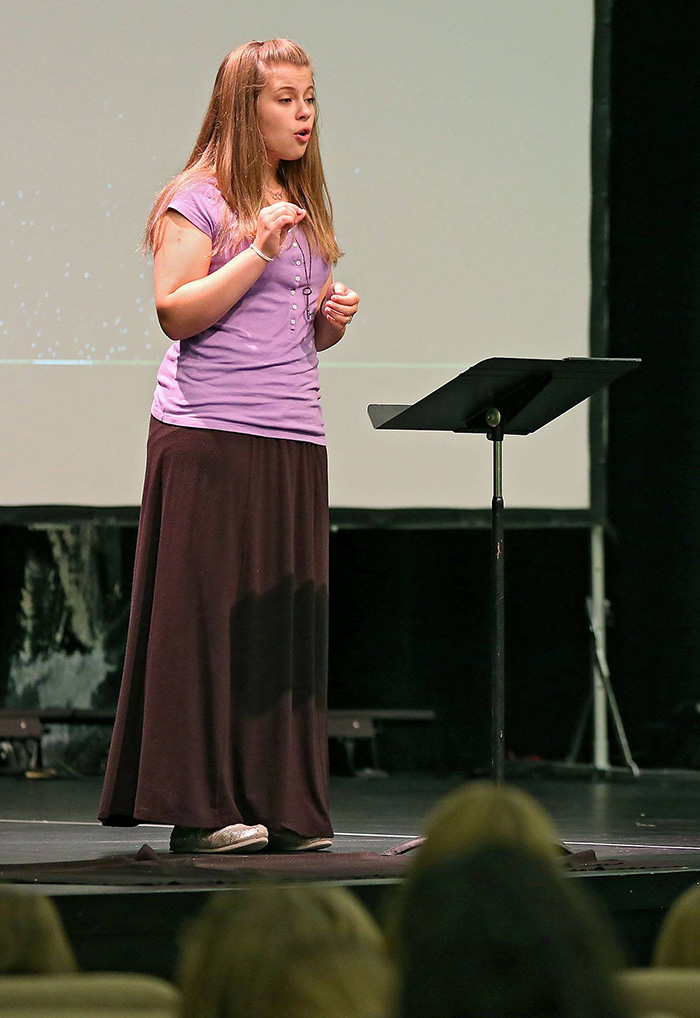 Hannah shared about confessing hidden sin to her parents. She explained that it was one of the hardest things she’s ever done, but she stressed to the girls how glad she was that she did! “He that covereth his sins shall not prosper: but whoso confesseth and forsaketh them shall have mercy” (Proverbs 28:13). 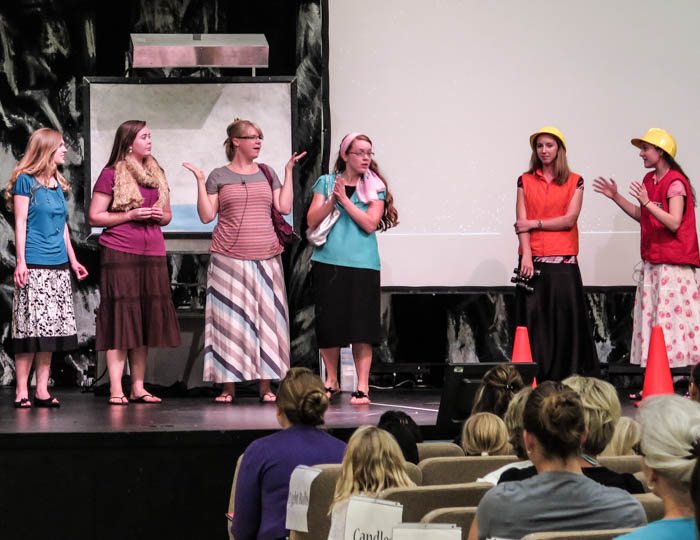 Like she has done at every other conference thus far, Folly (Bekah) made the wrong choice, didn’t listen to her friend Wisdom (Nickie), and took the broad way that leads to destruction. 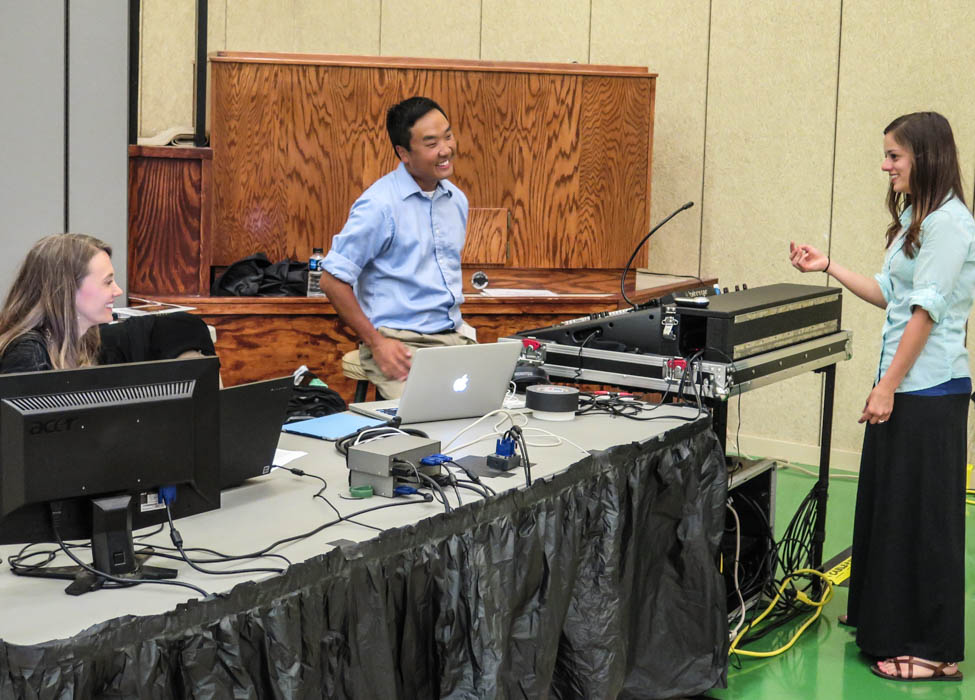 We have no idea how a conference would be possible without Stephen to trouble shoot all of our problems. 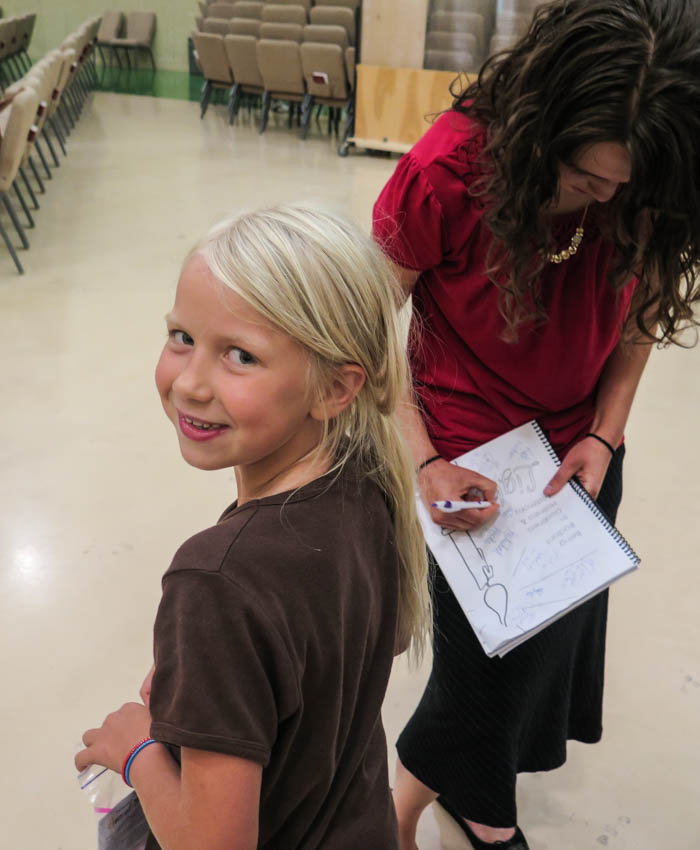 The younger girls are very enthusiastic about getting autographs from their leaders. 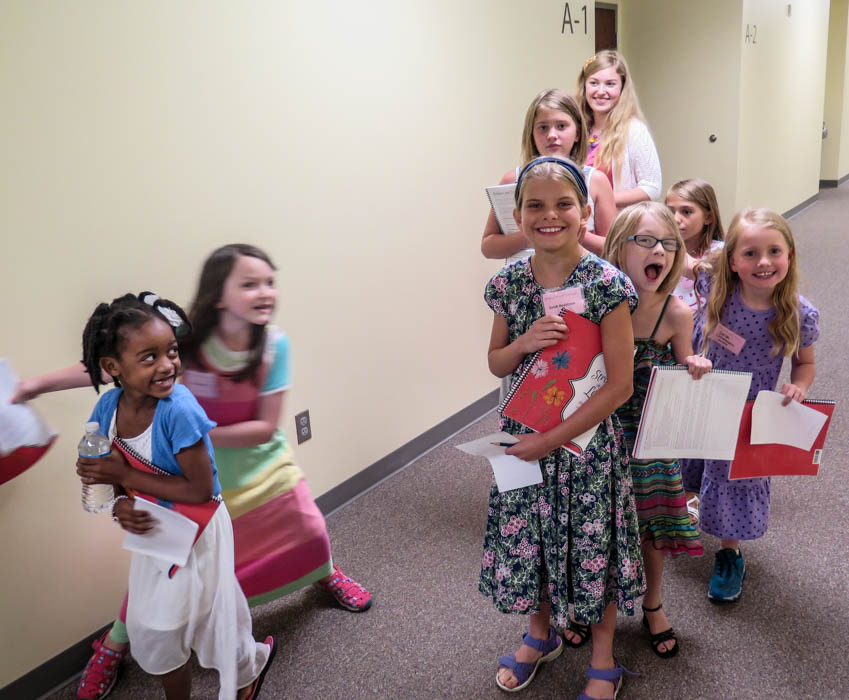 This was one happy and energetic small group! 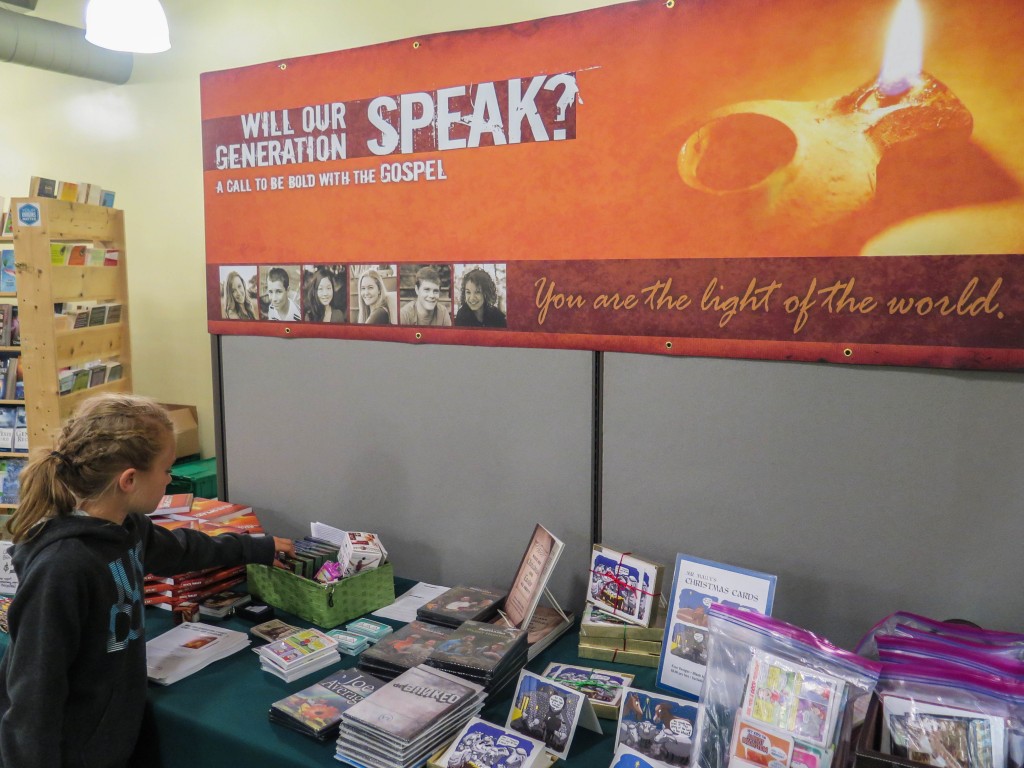 After the session on witnessing, we sold out of all the “Are You A Good Person?” comic gospel tracts that we had brought. We were disappointed we wouldn’t have them for the Radiant Purity Conference, but we were glad they went so quickly! One of the comments we hear the most from the girls is that they want to be sharing the gospel more. Please pray that they put into practice what they learned! It’s easier to be excited about it in the moment, but much harder to put it into practice. 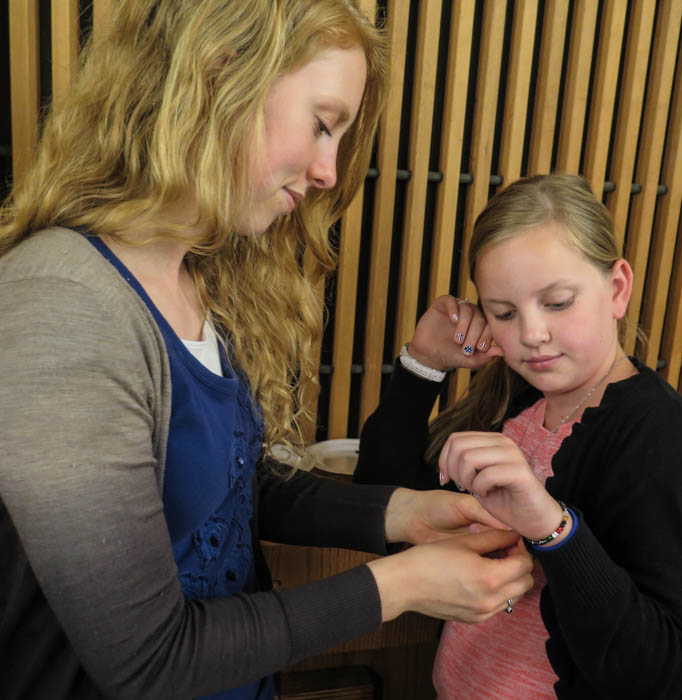 We chose a new craft this year: the color bracelet (made with beads) for a tool to share the gospel. We also added three new skits this year and praise God for helping them to be a success even though they were slow in coming! 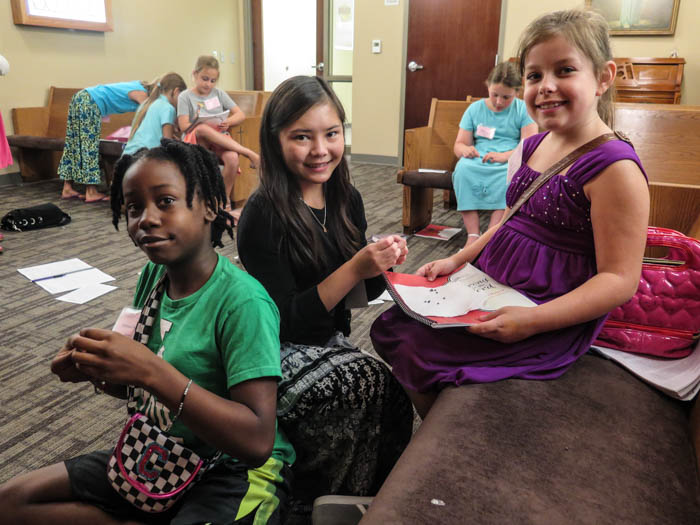 Hannah (center) attended our last two conferences in Omaha and now she’s helping as a leader. It’s really special for us to come back years later, seeing how God has continued the work He began in these girls’ lives, and have them join our leadership team!

We’re so grateful for the wonderful team of leaders the Lord faithfully provides for each conference.