Please Pray for Ministry at the NEA Convention! 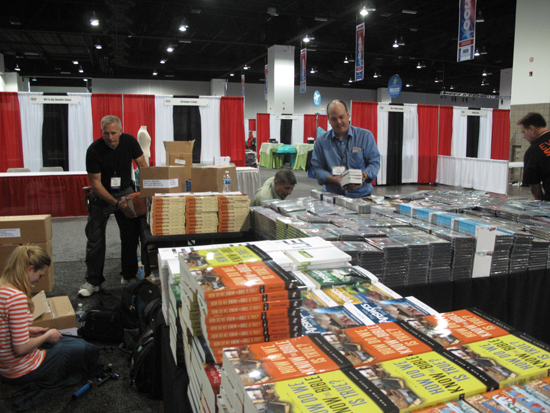 This morning my dad, Nickie and I flew to Denver, met up with friends from Answers in Genesis (James Opperman, Frank Zitzman, and Tony Ramsek) and helped to set up the NEA Creation Science Educators’ Caucus booth at the National Education Association’s annual convention.

The booth will be set up this entire week we will be giving away over 4,000 DVDs and 4,000 books and booklets donated by Answers in Genesis with a retail value of over $106,000. Please pray for the many conversations that we will be having with public school teachers. (There will be about 15,000 teachers here.) 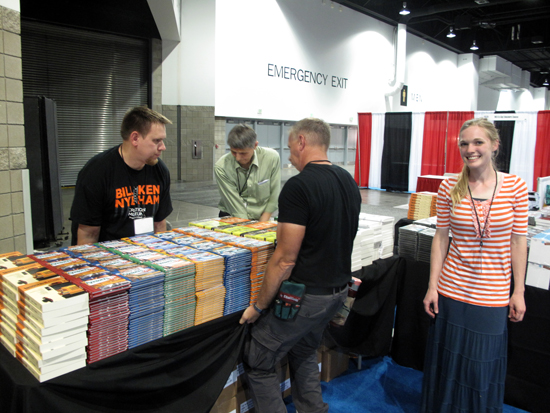 Uh oh, the table is loaded down so much it needs to be propped up so it doesn’t sag in the middle. 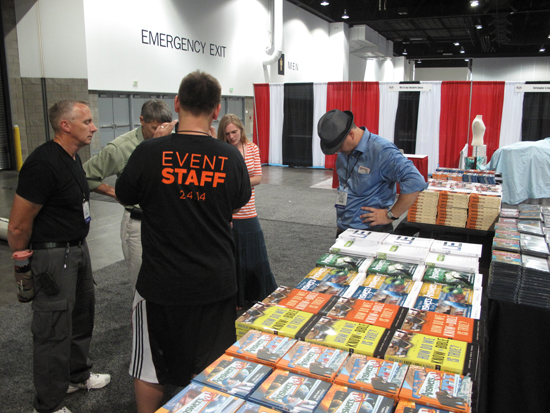 Praying together after completion of set up.

One thing that is fun is the teamwork witnessing we get to do wherever we go. While we were in the shuttle from the airport to the car rental place, there was only one other man in the shuttle besides the six of us. I wanted to witness to him but he wasn’t very talkative. So instead of talking to him directly, the six of us had a conversation with each other about witnessing encounters we’ve had recently and what we said. Of course, we all knew that the conversation was actually for the 7th passenger who was listening. [smile] 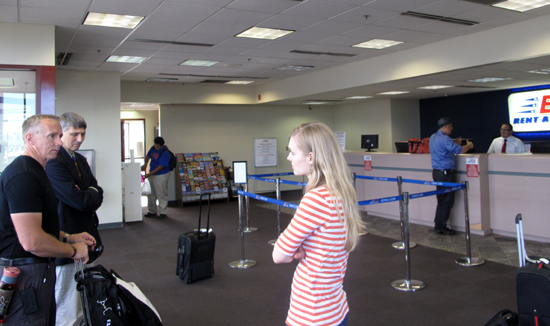 Once we arrived at the car rental place, Tony (in blue) had a good witnessing conversation with the guy at the counter. Next we went to Carl’s Jr. for breakfast and had an encouraging talk with the cashier who wanted to learn more about the Lord.

I will be sharing more reports after the convention! Until then, please be in prayer for the public school teachers that we will be interacting with – that the Lord would be working in their hearts, opening their eyes, and leading them to a knowledge of the truth! Please also pray that the Lord would give each of us the wisdom, love, and boldness to be God-glorifying witnesses of Jesus!