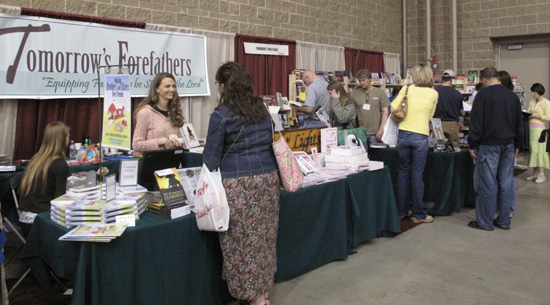 We had a wonderful time last weekend at MACHE – the Minnesota Homeschool Conference. 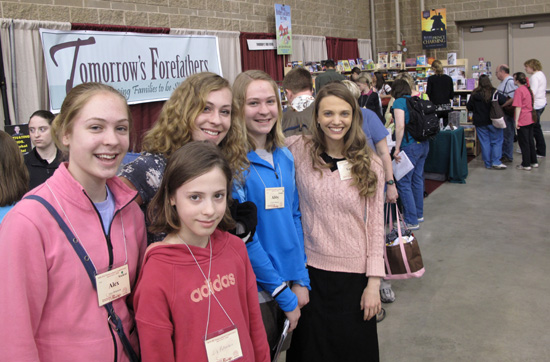 Meeting new Bright Lights leaders! These girls have recently started a Bright Lights group and shared some great reports about how it’s going. 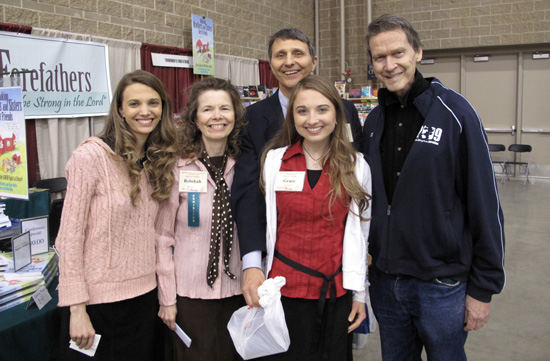 We were able to get acquainted with this special man from Sweden who spent many years in South America as a missionary. He calls himself a “broken vessel” as he has been battling cancer for the past four years at Mayo Clinic. But I quickly learned that this hasn’t kept him from sharing Jesus! He showed me his favorite tracts, tips for witnessing, and told me about the open air preaching he has done (and is planning to continue) when he goes back to Sweden soon. It’s such an encouragement to pick up tips from those who have been in this “battle” longer than we have…! 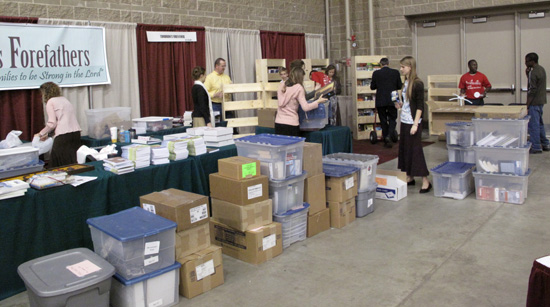 Tearing down our booth. Thanks to our good friends the Lenz’s (and Abby), the process happened very quickly! 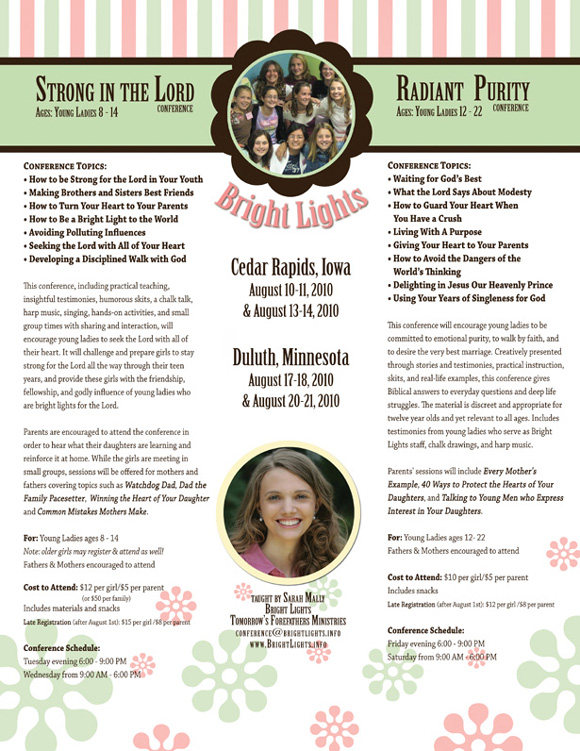 We are excited to announce four Bright Lights Conferences scheduled for August, 2010. We will be doing a Strong in the Lord Conference and Radiant Purity Conference in Cedar Rapids, Iowa, and then we’ll repeat the same schedule in Duluth, Minnesota.

Click HERE to see a 2 minute video clip of Sarah speaking at a 2009 Radiant Purity Conference .

If you would like our informational e-mail to pass on, we’d be glad to send it to you. Just contact us and ask!

I am so excited to post about this. I just don’t know if I’ll be able to adequately describe what the Lord did here on Saturday!

After Mark Cahill spoke last Monday, we announced a “witnessing event” on Resurrection weekend. The goal wasn’t to just pass out tracts but to engage people in one-to-one conversations at parks and malls. Because this can be intimidating, we wondered, How many will actually come? Only a few “RSVP’d”, so I figured we’d have a pretty small group.

But when I arrived at the church, the parking lot was already full! I had to park in the back! What are all these cars doing here?! I thought. 🙂

65 people showed up, many of them I had never met! It was a little crazy getting everyone organized! But there was a lot of enthusiasm.

Here was a portion of our group before we went out. God blessed us with beautiful weather, so there were lots of people out and about. Thanks to all who came, we were able to cover all the main parks in town. In fact, there weren’t quite enough parks to go around. 🙂

My team had never really witnessed in this way before so they were a little nervous, but they dove right in and began striking up conversations with people all over the mall. I was impressed!

Amy and I had a long talk with one young mom who knew a lot of right answers, but had a huge internal battle raging in her heart about coming to Jesus.
“Do you ever read the Bible?” I asked her.
“Oh, I know I would just be SO convicted if I opened that book,” she responded.
We smiled and told her the story of the woman at the well, explaining that the answer to everything is found in Jesus Christ. We encouraged her to take care of what was most important (her eternal destiny) and reminded her that God not only gives salvation, he also gives strength to those who come to Him. She told me, “This is so not a coincidence you came to talk to me. Just the fact that you came to me out of the thousands of people in this mall…! I know God is trying to get my attention.” Wow, isn’t it neat how the Lord directs our steps?!
We gave her a One Heartbeat Away book and she responded with enthusiasm. “Oh my goodness, I’ve been looking for reading material about this! Ok, now I have to give you a hug…” Please pray for this young mom and her boy friend to come to Christ!

After three hours of witnessing, we came back at 5 pm for pizza and heard lots and lots of stories…

Actually, the story-telling could have probably lasted for hours if we didn’t eventually cut it off.

Mrs. Chung explained how she witnessed to a boy who was very responsive and prayed with her to be saved!

This man shared about some “Divine Appointments” and the people he prayed with in the “ghetto” area near downtown where his group chose to go.

Hannah (left) recounted a conversation she had with a man who actually had a flat line experience in the hospital and apparently got saved because of it. Very interesting story! She and Stephanie (right) also got into a good conversation with a group of 5 teenage girls that were so responsive they were almost fighting over the “One Heartbeat Away” that they gave them.

Jenni (right) explained about a young father she spoke with at a park. Apparently he was very interested in Christianity and had many questions, including if he would be able to come to her church on Sunday!

We decided to tally up the collective number of people we had conversations with and the total came to 281! Though “success” isn’t determined by mere numbers, it is encouraging to see how many more seeds you can plant when you go out with a large group! As you can imagine, everyone was very encouraged.

The sharing continued Sunday morning at church yesterday as we took some time out of the middle of our service for everyone to share the witnessing encounters they had in the past week. After 8-10 stories we had to stop so we would still have time for the sermon! But it was so encouraging to everyone. Actually, I’ve been hearing witnessing stories all week long… it has definitely been an amazing week! And I am very excited to see how the Lord is going to continue to work.

“So then neither he who plants is anything, nor he who waters, but God who gives the increase.” 1 Corinthians 3:7

The past couple of days we have been busy pulling together a Resurrection tract to pass out this weekend. It has been a really enjoyable process! The Lord has given so much awesome evidence. As I’ve looked at various books and websites to glean info for this tract I’ve become increasingly grateful for all the men of God who have labored so hard to provide answers in defense of the faith. I especially enjoyed Josh and Sean McDowells book, Evidence for the Resurrection .

CLICK HERE for the tract. Please consider printing some and passing them out in your area too! They are easy to print off–just print one side and then flip the paper over and print the other side. Then cut in half and fold in thirds.

Here’s an Idea:
Make breads or cookies for your neighbors and wrap in a spring-colored Saran wrap. Then attach the tract and pass them out to all your neighbors. If you have a younger brother or sister, take them with you! Everyone is open to receive something on a holiday.

Also Note:
For 4 page free download on Evidence for the Resurrection by Josh McDowell, click here. This is also an excellent resource to pass out!

Announcement for those in the Cedar Rapids Area:
If you haven’t already heard, we are planning a “resurrection witnessing outreach” this Saturday, April 3rd. Many people around here are pretty fired up about evangelism after just hearing Mark Cahill. In the past few days I’ve heard lots of witnessing stories. 🙂 So for those who can make it, we will meet this Saturday at 1pm at my church, (Cedar Rapids Bible Chapel, 3412 Oakland Rd NE Cedar Rapids) and then we’ll divide into groups and go to various parks and malls. We’ll try to pair those who are less comfortable with those who have had more experience and we will provide some “Resurrection Surveys” to use to help with initiating conversations. At 5pm we’ll come back to the church for a time of pizza and sharing. Should be an exciting day!