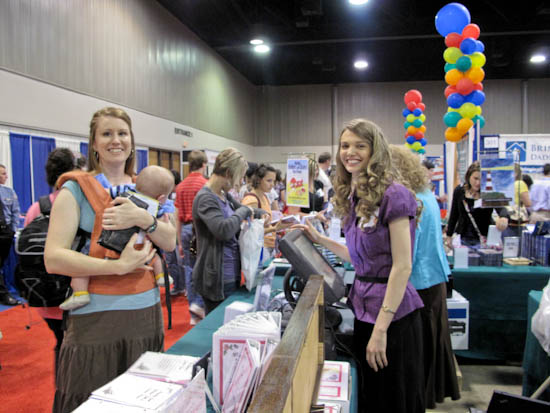 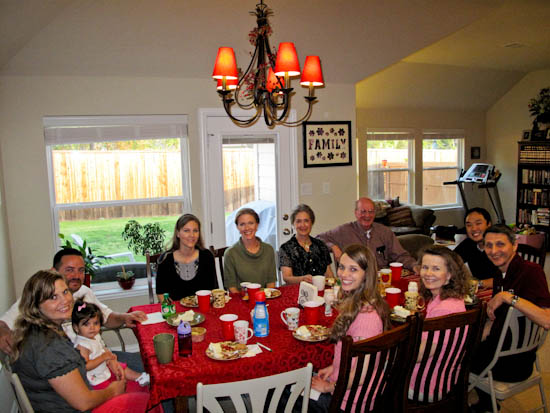 Thursday night we ate dinner at Lalo and Dara Gunther’s house with the Martin family. I’m sure some of you are familiar with Jobe Martin’s ministry or their DVD’s — Incredible Creatures. We have a lot of respect for their family and have been blessed to get more acquainted with them this past year! 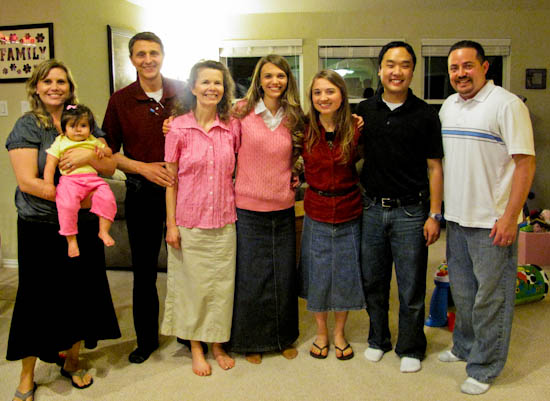 With Lalo (right), his wife Dara (left) and his little daughter, Anna. Lalo works for the Institute for Creation Research. (A Christian organization that is on the “cutting edge” of Creation Science research today. We appreciate their unwavering stand on biblical authority. But they have many enemies in our evolutionary world and could use our prayers!) Lalo used to be a gang member and spent several years in jail. Then he got saved and his life dramactically changed. Over dinner he told me several stories of amazing witnessing adventures he’s had – from witnessing in dark alleys in the worst parts of Dublin, Ireland, to drawing crowds at fairs by organizing impromptu skits with the youth group he led and then boldly proclaiming the gospel to the crowds. Just listening to his stories reminded me of how much we will miss out on in life if we don’t forsake our fears and get into the battle for the Lord. We were talking about how witnessing brings an adrenaline high (one that is much better than rollercoasters 🙂 ). Nothing compares to serving the Lord. (Not suggesting going into back alleys, though…) 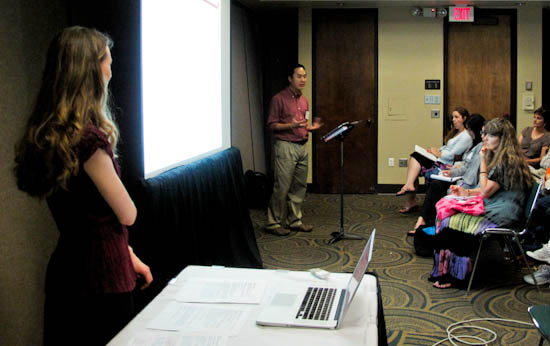 Sarah, Stephen and I did a session at the home school book fair called “Preparing Young People for Mighty Works.” We had never done this session together with all three of us before, so we thought it was a little rusty, but we were encouraged by people’s responses. One of the things we were talking about is how we need to be doing God’s work in God’s way–striving for holiness without compromise. As Stephen stated in closing “We think that the church today has replaced the doctrine of separation with the doctrine of relevance. As a result, we have lost our saltiness; we have lost our testimony. In seeking to be culturally relevant, we have become ineffective.” To be mighty for the Lord requires purity and holiness. We are supposed to be different. If we are copying the world or compromising with it we will not be demonstrating Paul’s attitude in 1 Cor 1:20. He did not try to impress the world, but instead he held up the cross of Christ – foolishness and a stumbling block to the world, but the power of God. 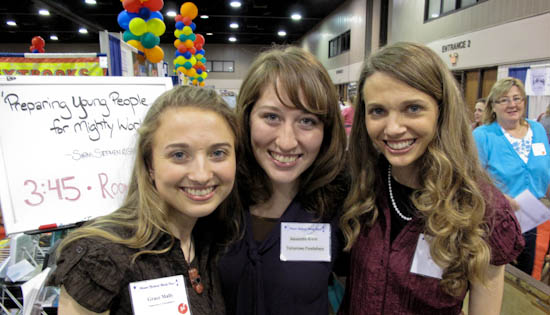 Our good friend, Alex, who was a part of the first Bright Lights internship 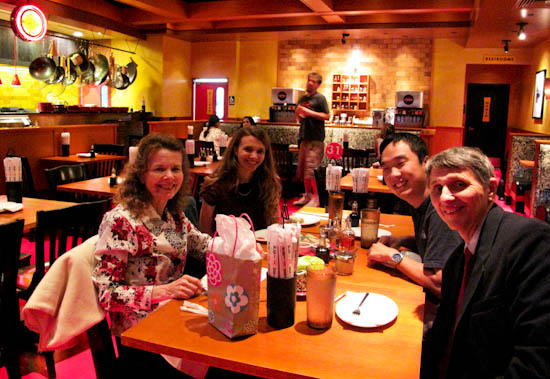 Saturday night we celebrated Mother’s Day at Pei Wei’s — a favorite restaurant of ours that we go to every once in a while when we can find one. It’s kind of like Panera in regard to prices and ordering, but the food is all Asian (and it’s sooo good).