We’re excited to announce that we’ll be running Bright Lights conferences in St Louis in the end of June. We are praising God for how details have been coming together, thanks to the hard work of our friend Allison Whisler who is our hostess in St Louis. 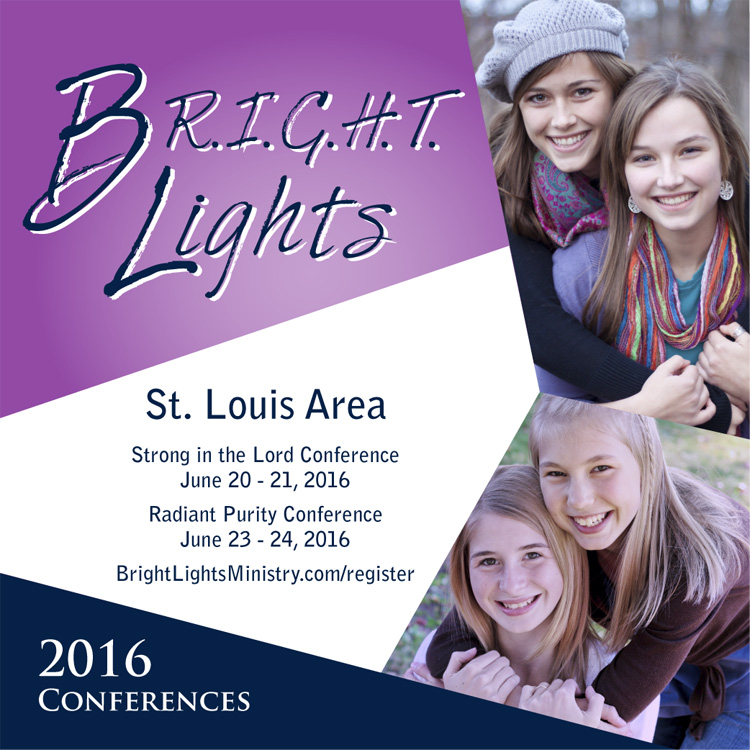 This is our image designed for sharing on social media. We also have an email with more information about the conferences for spreading the word. If you know families in Iowa, Illinois, or Missouri who might be interested in the conferences, you can email us and request this informational email. Or if anyone would like actual paper flyers [smile] we’d be happy to put some in the mail to you.

We would greatly appreciate prayer that the Lord would use these conferences to point the hearts of young ladies and parents to Jesus Christ.

See the conference flyer and more info here. See our online store to register for either of these conferences. 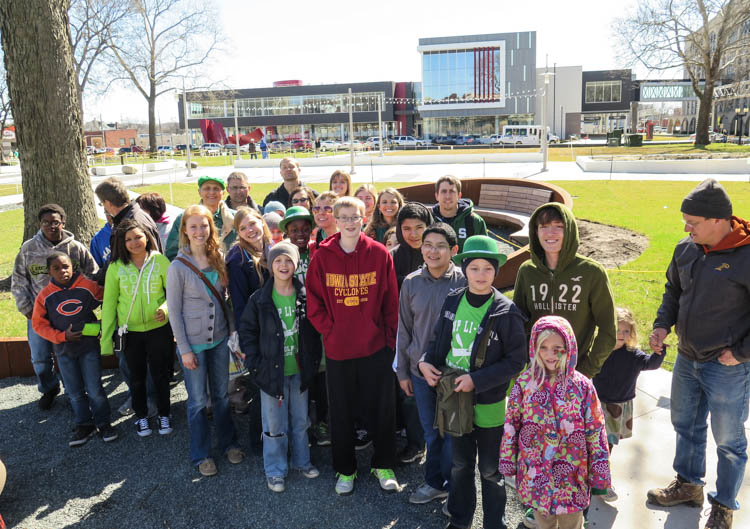 Here was the group who came with us to the St Patrick parade to share with people about the history of Saint Patrick and the gospel. With the flurry of activity going on downtown, the afternoon feels a bit like a whirlwind. Praise God the gospel was part of the whirlwind. 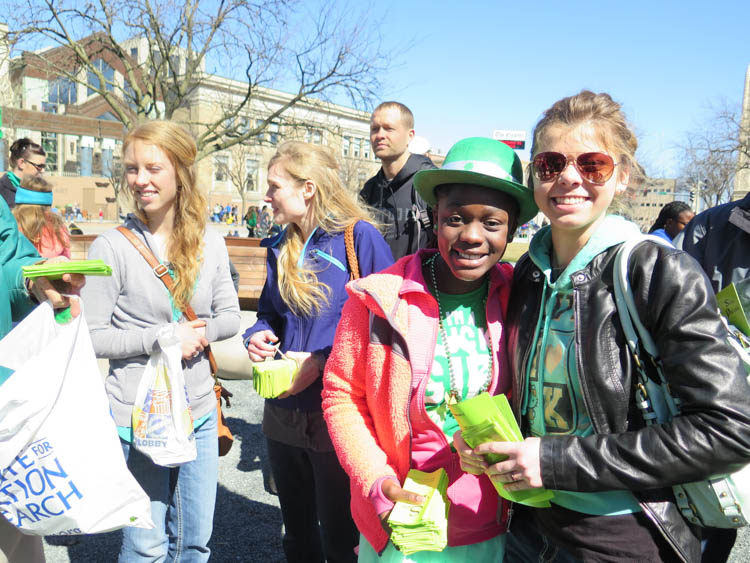 Patience and Adde — ready to get busy! 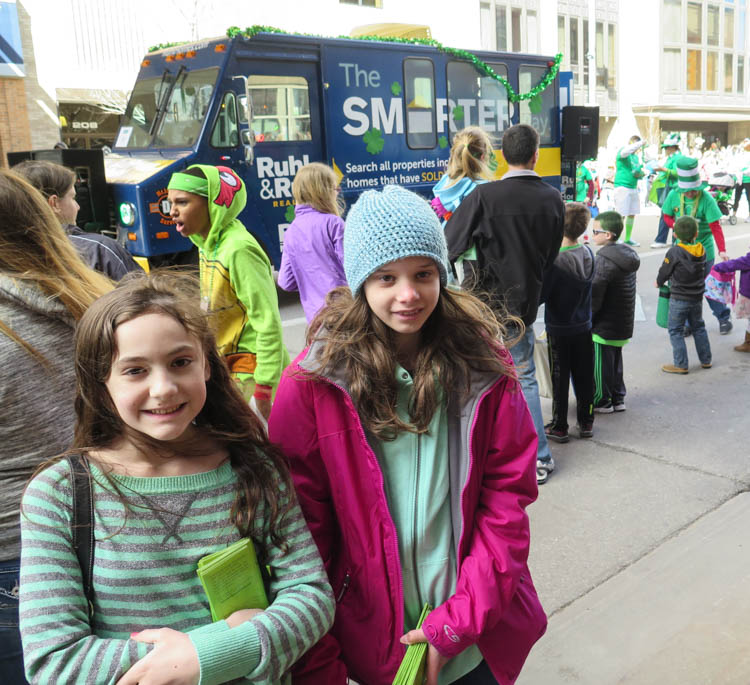 These were my two helpers! They did fabulous. 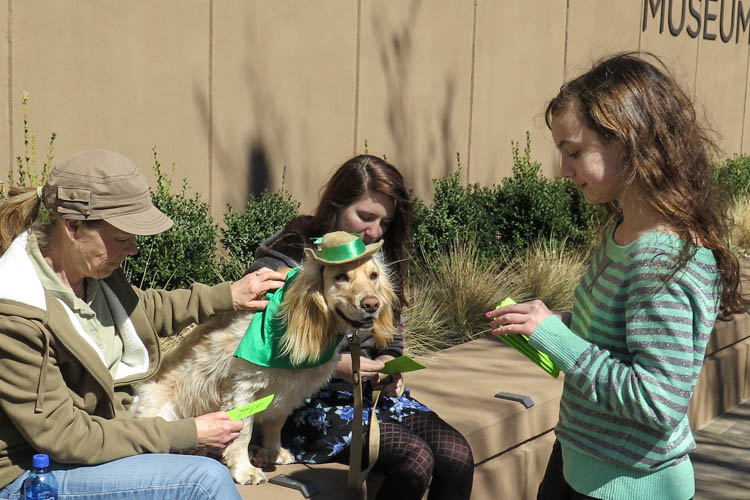 Hannah passing out tracts (Sometimes the dogs are even more interested in the tracts than the people, haha )

We praise God for the many good conversations He arranged. Nickie and Patience shared that one of the girls they talked with was so grateful she gave them a hug as they were leaving. 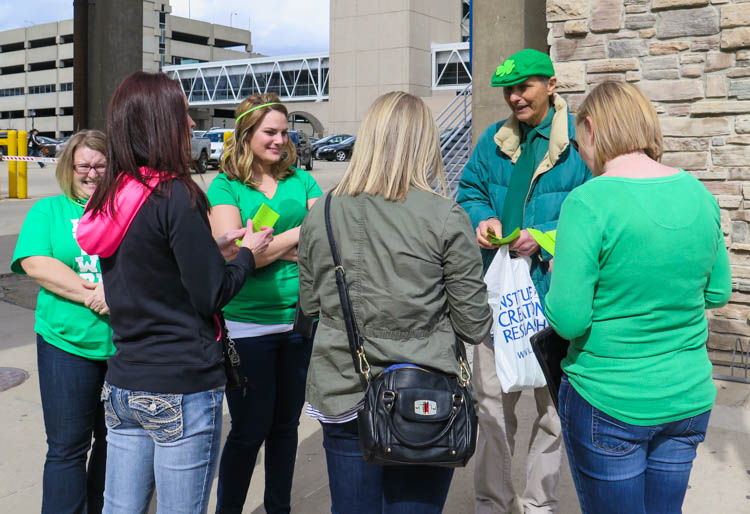 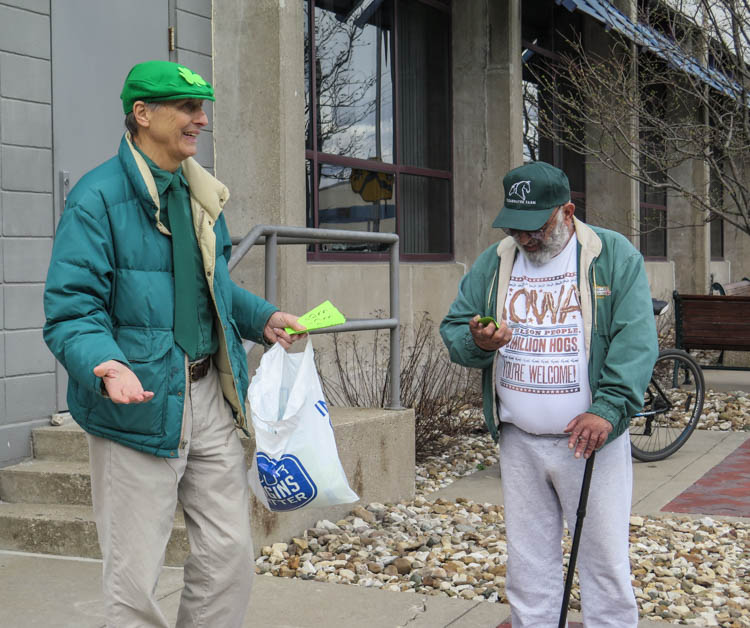 “… America needs a Patrick. God used Patrick to change Ireland by bringing them the gospel. That’s what we need in America. We need more Patrick’s!”

People would usually smile and agree. My dad told us later he talked at length to a total of eight individuals who were very serious about the gospel. Praise the Lord! 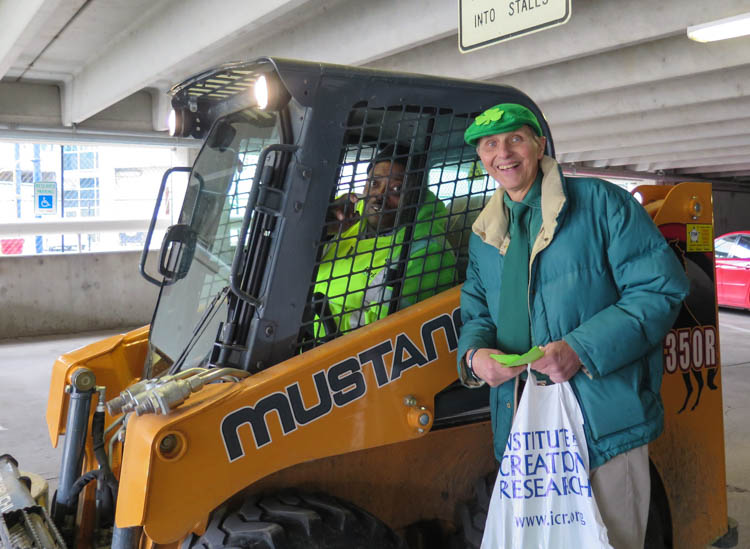 Dad was also very tickled to discover that this man is an acquaintance of ours. He lives across the street from our church.

There are too many good things that happened to report them all. Praise God for the privilege He gives us of being His ambassadors.

Evidence for the Resurrection Gospel Tract from Tomorrow's Forefathers, Inc. on Vimeo.

I was vividly reminded a couple weeks ago that when GOD is coordinating encounters, we can move forward with courage and excitement. I pray the story on this brief video encourages some of you to use these three questions that lead into gospel conversations.

Remember, for the next two weeks people will be focused on the resurrection of Jesus more than any other time of the year. Talk about OPPORTUNITY!

To read our gospel tract on “Evidence for the Resurrection,” click here.

Our recent family ministry newsletter contains the story of a witnessing encounter which reminded us of God’s faithfulness to work in people’s lives, drawing them to Himself. You can read it here if you’d like. If you’re not on our list and would like to be, you can sign up in the left-hand corner of that page.

We received a shipment today that we’ve been anxiously awaiting … 15,000 copies of our “Evidence for the Resurrection” gospel tract. They are now available on our online store in packs of 50, 100 and 500. You can read the inside here. 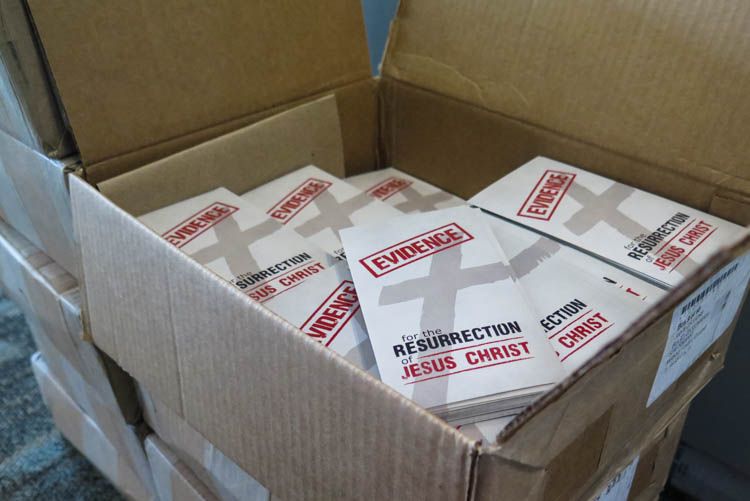 We are grateful to Nickie for the new design. [smile]

The resurrection of Jesus is an awe-inspiring study, because the deeper we look, the more we find that our faith is built on unshakable ground.

We have found this gospel tract to be received with interest and appreciation–especially over the Easter season. Most Americans will agree with you that Easter means more than bunnies, and they appreciate something meaningful and interesting to read.

Many have never heard that we actually have evidence that Jesus rose from the dead. They need to hear that it’s not just a story, it’s a historical fact that has never been refuted. And since Christianity stands or falls on the resurrection of Jesus (1 Corinthians 15:14), we’d better be able to show others that this event truly happened!

“…He shewed himself alive after his passion by many infallible proofs, being seen of them forty days, and speaking of the things pertaining to the kingdom of God.” Acts 1:3

Saint Patrick’s Day is less than two weeks away. I hope this short video is an encouragement to you to “make the most of every opportunity” (Colossians 4:5).

To see more information about the tract or order, click here.

This year we printed our St Patrick’s Gospel Tract in bulk in order to make them available for others to distribute also.

Shelby (who volunteers weekly for Bright Lights) is busy folding, counting, and preparing the tracts to ship out.

Are there are some people in your life that you want to share the gospel with but you aren’t sure how? I’d recommend using this tool as a starting place. Just this morning, I gave one of these to our mail man and the man who empties our dumpster. I’m so grateful for how a holiday provides a wonderfully natural way to witness… people are receptive, thankful, and curious.